Tell us about Cotham School…
Cotham School is one of the largest secondary schools in Bristol, with 1,800 pupils in years 7 to 11 and a further 500 in post-16 education, studying academic programmes shared between our school and our close partner, Redland Green School. We are a co-operative academy and involve stakeholders, staff, students and parents in our decision-making as far as possible.

What are some of the main IT challenges you face?
One of the top challenges we face is students damaging our IT equipment! However, from a teaching and learning perspective, keeping students on task is always difficult – and stopping them from doing their homework from different lessons than the one they’re currently in is another common necessity for our teaching staff, as well as preventing them searching for games on Google and so on. 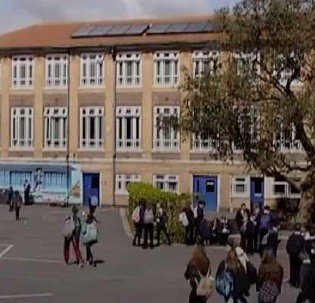 How has NetSupport School helped at the school? What are the main benefits to teaching?
We’ve had NetSupport School for about five years now and it works really well for us. I run training sessions for it twice a year on inset days to make sure everyone is aware of how the program works and how to use it. It’s installed in all our IT suites and it’s a really useful tool for keeping students focused on what they’re supposed to be doing in their lessons. So for instance, if they’re doing a task in Word, then the teacher can ensure all other applications are disabled, which is a big help. Being able to use restricted websites lists is another
feature that is well-used, as is the fact that that teachers can lock or blank students’ screens to gain their attention.
Teachers also like the fact that they can see the desktop view of all 30 PCs so that they can monitor what all of the students are doing, especially as the layout in some of our classrooms means that they are not all easily visible at the same time.

How do you use NetSupport Notify?
It has been about 18 months since we installed NetSupport Notify and it works really well for us. It’s an important tool in our Emergency Plan. Notify is only installed on staff PCs, and it means that is so quick and easy to issue an alert that everyone can see at the same time – for instance, if there’s a lockdown or an internet failure. If the internet does go down and we’re unable to email out, then we’re still able to get a message to our colleagues. It saves the influx of helpdesk issues we’d otherwise receive! 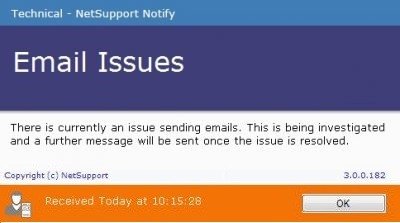 What do other staff in the school think of NetSupport’s solutions? Do they find them easy to use?
The feedback I’ve received from my colleagues is that the solutions are straightforward and easy to use. Some of them have
used other packages at previous schools that they’ve found less reliable, so it’s all positive.

What’s it like working with NetSupport? Is the support good?
I’ve contacted the support team a couple of times over the six years we’ve had NetSupport products. We used to have a flat network; now we run VLANs in separate ICT suites. We had some issues with the Tech Console not seeing all of the PCs in the separate suites, so the support team assisted us with setting up a connectivity server and now we have no problems. Thesupport overall was really quick to respond and really good.

How do your NetSupport solutions compare to previous solutions the school has used?
It’s really useful to have everything in one place. Previously we had separate bits of software to do some of the separate tasks that NetSupport School can do, so we’ve been able to shelve numerous things in favour of just one system!

How do you see NetSupport supporting the school’s IT into the future?
Our IT direction is set to change in the future. Our head teacher came to us from a school that had one Chromebook for every student, so we’ve just introduced our first 20 in post-16 now and those students can loan them for a week at a time and even take them home, if required. I can see that we’ll start to use NetSupport School in the same way as we do now for our PCs and Macs for our growing number of Chromebooks.