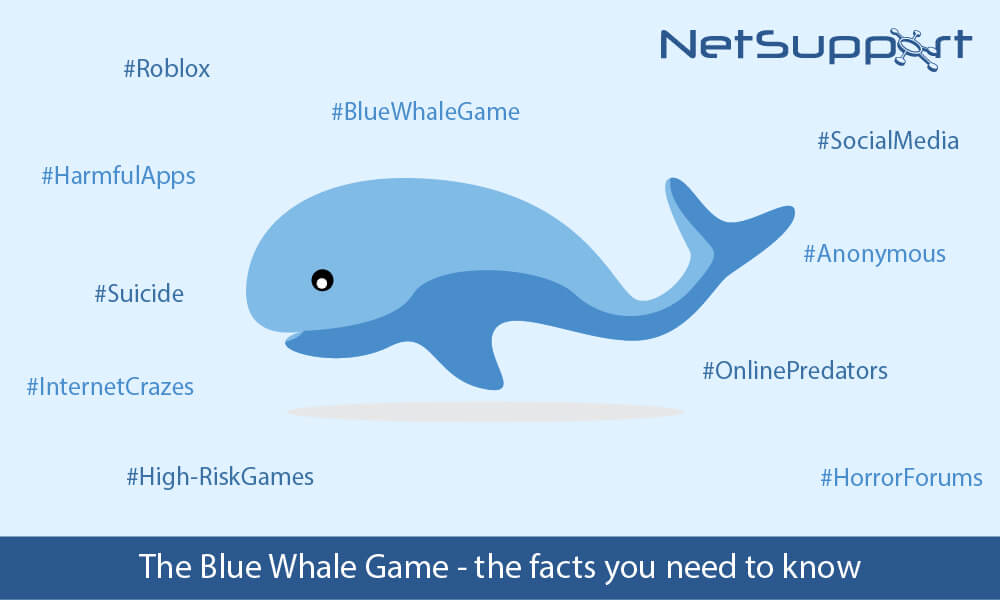 The Blue Whale Game is an online suicide game that originated in Russia in 2015, first appearing on the social media site VKontakte. Its target is to gain young, disaffected and impressionable teenage players aged between ten and 14 years old or so. The downloadable game is interactive and lasts for a period of 50 days where players are assigned daily tasks by the online “masters” and must submit photographic evidence when they’ve been achieved. The tasks, however, become more extreme as the game progresses – culminating with the final assignment of committing suicide on day 50.

Although there are claims that the game has been linked to 130 suicides, the Blue Whale Game is also being reported as being fake news, as inquiries have not been able to conclusively link the suicides in Russia directly to it. Additionally, an investigation by the Bulgarian Safer Internet Centre found that the extensive use of hashtags around the Blue Whale Game were made by “tens of thousands of bots” and not real people.

Real or fake – it’s still undetermined, however the issue remains the same as some children could still be at risk of being attracted to such a game. Schools and parents can only be vigilant – regulate and educate on internet use; be alert to the signs of any behavioural changes, and be ready to help and support those who are struggling.

To learn more about this game visit: http://www.netsupportdna.com/education/blogdetail.asp?id=2292