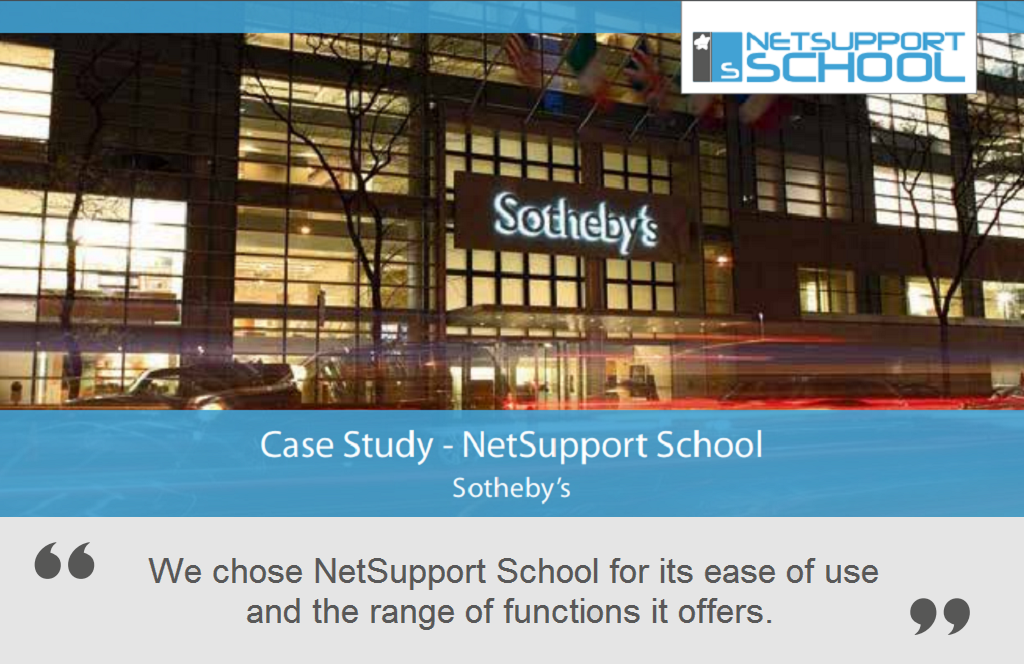 Tell us a little about your organization

Sotheby’s has a global network of 80 offices in 40 countries and is the oldest company listed on the New York Stock Exchange. It became the first international auction house when it expanded from London to New York in 1955; the first to conduct sales in Hong Kong (1973), India (1992) and France (2001); and the first international fine art auction house in China (2012). Sotheby’s offers all the services a collector would need, including valuations, museum services, tax and heritage services and private sales.

What was the primary reason for purchasing NetSupport School? And what challenges were you attempting to address?

My role is to train our existing employees – as well as our new hires. Previously, we were having a problem with employees checking their emails during training sessions rather than following what was being taught. So we were really looking for a solution that would help us to keep them focused and stop them from becoming distracted.

Now that you are using NetSupport School, has this challenge been addressed?

It certainly has. I’ve noticed a significant shift in trainees’ behaviour simply by telling them that the software I have installed that means I can monitor exactly what each student in the session is doing: what websites they access, what applications they use, and so on. The change in behaviour is really noticeable and the trainees are much more engaged in the content of the training than they were before.