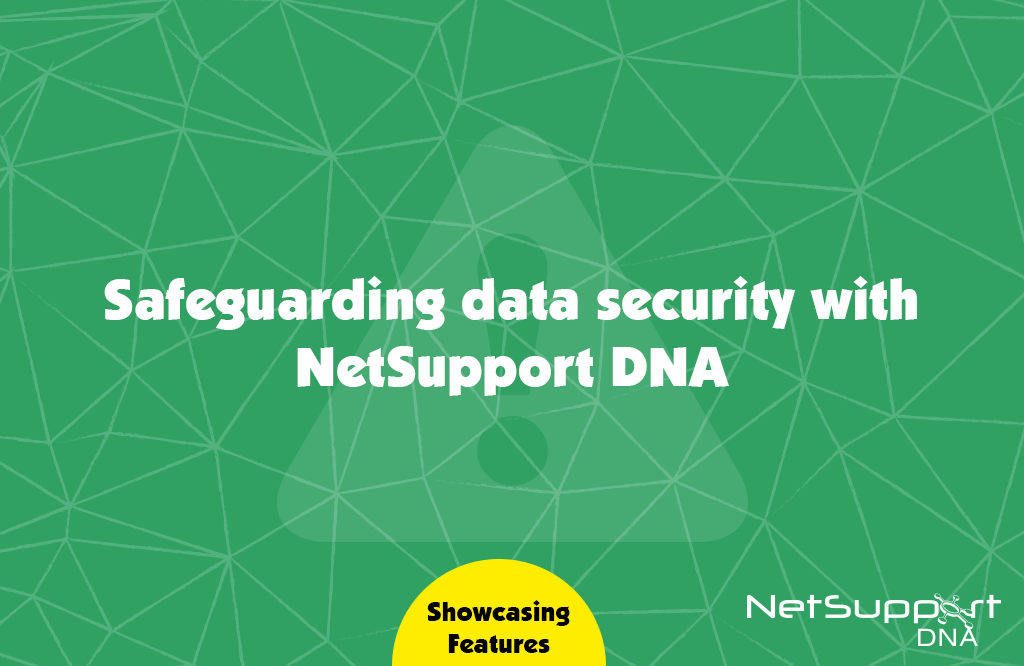 Did you know that safeguarding data can only be collected from devices on the school network – and only the school has access to this data. Additionally, a student PC at home has no means of communicating with or from school devices, and staff do not have the ability to interact with student devices at home. Any information regarding any incident that occurs on a school’s site is under the control and responsibility of the Headteacher.

In the most recent update of NetSupport DNA (V4.7) a new safeguarding cloud view has been introduced. It’s a fully secure, Azure-hosted console which again, only stores local data from the school (triggered safeguarding keywords, screen capture,  risk index alerts, reported concerns by a child and the trending topics word cloud) which only designated Safeguarding Leads can view, and it does not contain any webcam images that may have been taken on the school network.  All the monitoring and assessment of these alerts is done locally by the school (no third-party services are required) and so the data remains fully secure.

What about the screen recording for severe keyword triggers?
There is up to a rolling 60-second capture of screen activity which is only held in the system memory on the students PC and is not committed to file unless the keyword is triggered. Therefore there is no screen capture visible to anybody and it’s automatically deleted as it goes round in an encrypted form. Only if a critical keyword is triggered, would that screen capture then be converted into a view-able file on the school network. So at no point does the system contain anything more than 60 seconds of raw screen activity.

How are images protected?
When a critical safeguarding keyword is copied, typed or searched for across the school network, schools can turn on NetSupport DNA’s webcam capture feature (this feature is turned-off by default) to capture an image of the user (not a recording/video) who has triggered the keyword (not visible in the safeguarding cloud). This feature can only apply within the school, on devices connected to the school network, not at home.

A USB endpoint security component is also provided – as standard. It allows you to define and control the use of removable USB devices on all PCs across your school – preventing sensitive data loss or virus infection from portable media and controlling data access. You can even assign individual memory sticks to dedicated users and restrict their use to specific individuals or team members – for the current day, a week or indefinitely – making certain that data is locked down should memory sticks happen to get lost. NetSupport DNA also offers you the option to control the use of CD and DVD drives. You can block them altogether, limit them to read-only access or allow them to be used but prevent any direct execution of files from them. Used in conjunction with the Internet and App modules, schools can prevent new software being installed or run on any PC, or sensitive data being accessed or removed.