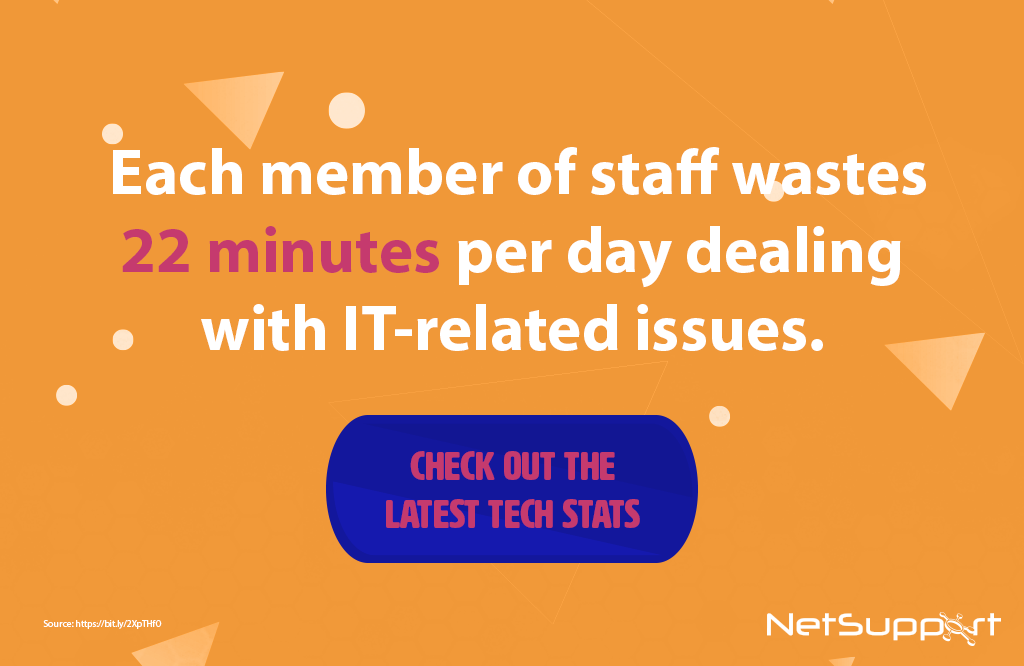 According to a new survey of U.S. office workers by Robert Half Technology, professionals waste 22 minutes each day, on average, dealing with IT-related issues.

With NetSupport DNA, companies can see a detailed hardware inventory of each device and from this easily identify which PCs are upgradable, which ones need to be scheduled for replacement and which ones are being under-utilised, ensuring companies technology is being used effectively and supporting productivity.

NetSupport DNA also features a powerful alerting suite with many alerts designed to help maintain security. Alerts can be triggered instantly: for example, if a key service such as anti-virus is stopped, or a new application is installed, or the size of a known file changes − and much more. Alerts are designed to operate in combination to highlight potential security risks and prevent systems from becoming compromised as well as minimising downtime.

Meanwhile, the SNMP module in NetSupport DNA allows key data from network devices such as network switches and firewalls to be discovered and then monitored. Alerts can be trigged for dozens of scenarios, such as alerting if the inbound traffic on the company firewall exceeds a certain percentage for a pre-defined period of time, which might suggest a Denial of Service attack.