How productive are your staff? 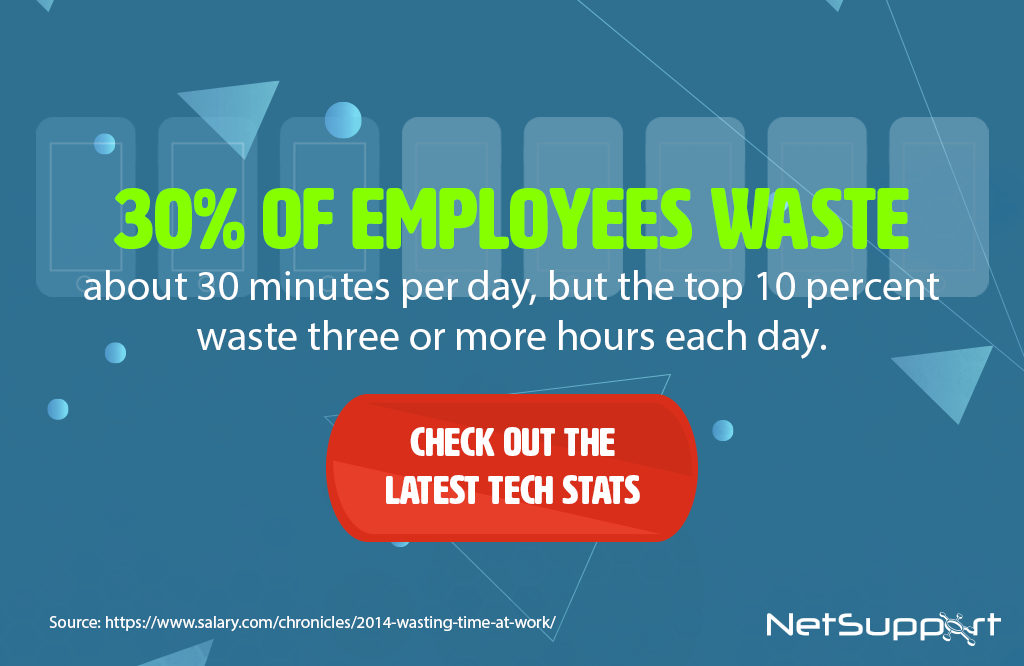 Twenty-four percent of survey respondents said Google is the biggest online time-waster, with Facebook nipping at the search giant’s heels garnering 23%. LinkedIn came in third with 14%, followed by Yahoo (7%), Amazon (2%), YouTube (2%), ESPN (2%), and Pinterest, Twitter, and Craigslist each receiving 1%.

With NetSupport DNA, companies can use the Internet Metering module to gain a detailed summary of all internet activity on each PC by a user, including start and finish times for each URL visited and the active time spent on a page. Results can be reviewed either by activity on a specific device or for a user, no matter where they worked. Naturally, the key to supporting an effective policy is to provide effective controls. With NetSupport DNA, internet usage can be fully managed – and lists of approved and restricted URLs and/or sub-URLs can be applied centrally, plus multiple approved/restricted websites lists which can be assigned to specific profiles. This means dedicated internet settings can be applied to specific departments. Access can also be controlled by time of day, perhaps only allowing access to approved gaming or social media sites at lunchtime and outside of working hours.

Plus, in addition to restricting websites and applications by their specific name, Apps and Games can now be blocked or restricted by their window’s title, helping technicians to add a broader layer of security while boosting productivity. For example an application with the word ‘game’ included in the title can immediately be blocked during work hours.

NetSupport DNA also provides a single time-based summary of all activity by a specific user, PC or department. Presented in a chronological view, it shows what time the logon session began and ended, as well as what applications were used and when, plus internet usage – over a set time period.